Skip to content
Previous Next
How to Lose Weight Permanently

How to Lose Weight Permanently

Are you confused about the 101 diets that all promise much but eventually lead no where? Many people lose weight on diets but then put it on again afterwards. The reason for this is that the body is very good at regulating its own weight. If weight drops it attempts to bring it back to where it was. One of the secrets to long-term weight loss is to reset the set-point at which the body regulates weight.

In Integrative Complementary Medicine we try to base our nutrition advice on an understanding of the effect of foods on the physiology rather than follow the most recent fad.

When you look at the body’s physiology one of the determinants of the set point is the metabolic rate of the body. This is influenced by exercise and activity and by what people eat. Probably the most critical factor is the ratio of Omega 3 to Omega 6 that a person consumes in their diet. Omega 3 increases metabolism and Omega 6 foods decrease metabolism. Omega 6 foods store well and are the foods that were traditionally used in winter when its appropriate for the body to slow down and hibernate. Omega 3 foods don’t store well and were more readily available in summer when it was time to be active.

One of the key reasons for increasing obesity in the Western world has been the shift in diets since the 1950s towards grains, dairy and sugar – all of which are high in Omega 6. There was also a change in the processing of oils that led to Omega 3 being stripped out of oils in order for them to keep for longer. The improved refining also made the oils cheaper and led to much higher consumption of Omega 6.

Thus it was estimated that the ratio of Omega 3 to 6 in the diet has changed from around 1:1 to about 1:14 in the Western world. This huge shift is now being recognised as pivotal to the increase in obesity.

Omega 3 has the opposite effect. So if you eat a higher level of Omega 3, not only will you lose weight but you will also be healthier.

The second key factor for long-term weight loss is the health of the digestive system. When the

digestive system is not functioning well people put weight on even when they are not eating much. The reason for this is that the body high levels of nutrients to digest the food and make use of the energy from food. 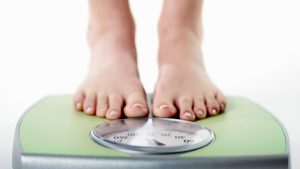 When someone’s vitality is low their levels of nutrient stores are low. This then makes it difficult to fully digest and utilise their food. When the energy from food can’t be utilised it gets stored as fat.

This is commonly the case – many obese people do not eat much.

So how can someone improve their digestion? The key is to eat foods that are high in nutrients and low in energy. These are called energy dense foods. These types of foods improve the health of the digestive system.

So what foods are nutrient dense an
d high in Omega 3 relative to 6? The answer is vegetables, particularly green leafy vegetables. Vegetables are also high in fibre which helps improve gut flora and restrict appetite.

Refined and processed foods tend to be the worst. Whole foods in there natural form tend to be the best. More specifically in terms of foods to eat lots of and foods to avoid:

David is CEO of CCM, teacher of holistic kinesiology and mind body medicine and published author of ‘Finding Joy Within’, ‘Energetic Protection’, ‘Neuropressure’ and numerous accredited courses. David is a registered Acupuncturist, a mind body practitioner and holistic kinesiologist. A world renowned lecturer who teaches in Australia and overseas.

Introducing the College of Complementary Medicine from CCM on Vimeo.