I grew up in a seemingly normal and loving family, middle class, picturesque German countryside, supportive parents. 32 years later I’m diagnosed with sever IBS (irritable bowel syndrome) and I can’t stomach anything that doesn’t cause me pain, extreme bloating, fogginess, constipation or diarrhoea. What had happened?

When I was 16 I moved 300km away from home to start my apprenticeship as a Graphic Designer. I had an extreme urge to just get away. Later I went on to live in London, Shanghai and then Sydney. Leaving relationships and friendships behind without a blink of an eye. One time a friend asked me ‘What are you running from?’ Shocked by her question I said ‘nothing, I wanna see the world!’ But was that true? Partially yes, partially no.

Looking back, my relationship with my father was always bitter sweet. Up to the age of 5 I was a daddy’s girl, but as soon as I started to develop my own head and gained some independence, I was often met with disbelieve and ridicule. I often felt as if my emotions, my experiences, my reality didn’t match up with the ‘real’ reality….the reality of my parents. Especially as an adult, for me dramatic events were played down, many goals I’ve striven for were peppered with snarly comments. Moments where I needed real emotional support, I found it wasn’t there. When setting boundaries, I was often met with hurt or disrespect. This caused me a lot of confusion, emotional self-doubt and feelings of guilt. Over the years the relationship with my father deteriorated, one falling out followed the next, with me always scrambling to pick up the pieces, suffering seemingly unnecessarily, him moving on as nothing has happened, literally forgetting the rage and hurtful comments, the intrusions of my emotional and physical boundaries. I knew I should see a therapist. But where to start?

Years later, when I was living in Shanghai and my IBS got so sever, modern medicine not knowing what to do with me, I was lucky to have been introduced to Kimberly Ashton. A wellness coach, macrobiotic counsellor and nutrient consultant, teaching nutrition based on traditional Chinese medicine. Kimberly healed my IBS symptoms within 6 months. She introduced me to many new concepts going far beyond nutrition, setting me up for my journey towards complementary medicine. I knew though, there was more healing that had to be done for my IBS not to come back.

After 2 years in Shanghai I decided to quit my job as a Creative Director and moved to Sydney to study Mind Body Medicine at the College of Complementary Medicine. The main draw to study at CCM were the mandatory therapy sessions. The concept of healing yourself to be able to become a practitioner, had hooked itself into me and didn’t let go of me.

My first Mind Body Medicine therapy session I can only describe as extremely powerful and as a complete eye opener! A very simple technique called the Inner Child Process helped me to connect with myself again, helped me see what a loving and kind person I am. I realised that all those years I had been walking around thinking I was an inherently bad person. Compensating for it by bending myself to please others or by just disappearing. My therapist also recommended the book ‘Narcissistic Parent’ by Danu Morrigan. I read the entire book in one sitting. Suddenly it all made sense!

People with Narcissistic Personality Disorder or NPD have very specific traits. First and foremost, in some way it is always and forever about them. They need to be the centre of attention or dampen everybody’s fun if they aren’t. Their most important tool is ‘gaslighting’, one of the most insidious, vicious, nasty and effective forms of emotional and psychological abuse. It can make the victim feel as if they are going crazy. The phrase comes from the 1940’s film Gaslight, in which an abusive husband deliberately dims the gaslights in the house, but when his wife comments on it he tells her she’s imagining it, that the lights never dimmed at all. Gaslighting is basically flat out lying and denying. Most of the cruelties are sly and subtle, and it’s the cumulative effect which is devastating. People with NPD are also extremely sensitive to criticism, no matter how mild, they fall into rage at the smallest so perceived provocation. But at the same time being very, very critical of others. Narcissists wilfully and consistently ignore your physical, mental and emotional boundaries. And they never, ever give a genuine apology. People with NPD lack genuine empathy, they don’t experience emotion and don’t understand it, but they can observe it and take advantage of it. Gifts for example or seemingly generous acts have always huge strings attached and are used to gain control over you, making you dance to their tune. A narcissistic parent will also brainwash the other parent making them an enabler by making the victim feel guilty when they try to speak up (why do you always have to upset your mother/father?). This helps in making the victim lose any sense of reality and self. Reinforcing the abusive dynamic, making it extremely difficult for the victim to break out. But it’s not only the other parent that turns into an enabler, society is a big one too! People say things like ‘but he’s your father, he loves you!’ or ‘well it can’t have been all that bad, look at you, you turned out well!’ etc. All this isolate the victim emotionally and denies them any kind of emotional support to recognise that this is not parental love but abuse.

I suddenly understood that my father was mentally ill. In this moment, I could let go of the blame and the disappointment towards him. Letting go of my self doubt, my guilt of not being able to have a relationship with my own father. Suddenly I understood that I was exposed to toxic and abusive behaviour and that I can choose not to endure it anymore! Suddenly, I had the strength to do something about it. First I chose to face the problem upfront, explaining NPD to my parents suggesting therapy to resolve our issues. However, there is only a very very small percentage of people with NPD willing to see a therapist. Narcissists don’t want to be cured because in their eyes they are perfect. So inevitably I chose to cut the cord.

With my newly found strength and inner peace I was able to openly talk about the relationship with my parents and I chose not to have any contact. I was confident enough to call it abuse. And suddenly countless people around me opened up and told their stories of abusive family dynamics and how they suffered or are still suffering alone. It is so very common, but nobody knows because nobody talks, because the victims feel ashamed.

That’s the reason I wanted to write this post. To create awareness, to open up the conversation. To let the victims of people with Narcissistic Personality Disorder know – you are not crazy! Come and get help.

Personally, I have felt a great shift within myself. I’m now able to freely express myself and shape relationships around me rather then submitting to or discarding of people. I can truly be myself, react authentically by showing my true emotions good or bad. I can feel the inner peace, how stress has exited my live. My IBS hasn’t come back and I can enjoy any kind of food I want without any problems. Of course, it is a constant up keep, the shift in mindset also brought a shift in lifestyle and is maintained by self-care and listening to my heart. By looking after myself and saying no or stopping when I feel myself falling into patterns that don’t serve me.

But I can truly say I’m happy now. I’m not running anymore, I’m walking in peace. Excited about empowering others now as a practitioner myself, still in awe of the power of Mind Body Medicine. 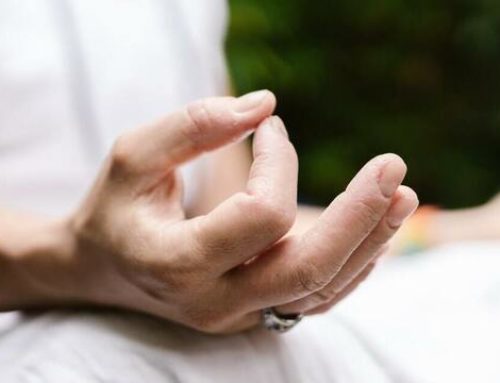 We acknowledge the Australian Aboriginal and Torres Strait Islander people of this nation as the traditional custodians of the lands on which we live and conduct business. We pay respects to ancestors and elders, past, present and emerging. We are committed to honouring Australian Aboriginal and Torres Strait Islander peoples unique cultural and spiritual relationships to the land, waters and seas and their rich contribution to society.